Just how bad is the gender pay gap between men and women, and what can you do to fix it in your startup?

In April of 2018, all companies with more than 250 employees had to calculate and report their gender pay gaps to the EHRC. That year, we learned that 78% of the companies reporting paid men more than women, based on the median. That is to say, if you separated male and female employees into two lines, and had them stand in order of salary, the median gap would be the difference between the salary of the woman in the middle of her line, and the man in the middle of his. This stops the really high salaries of top earners skewing things. It can also indicate that there are fewer women in the company and fewer women in the highest-earning positions.

When the deadline closed in April 2019, things didn’t seem to have improved much although so far there has been a 0.5% decrease in the median gap.

Add to this the fact that, according to this article from the Guardian, a lot of these large companies are having issues with the reporting process, submitting faulty or mathematically impossible data, submitting late or not at all. The EHRC seems reticent to sanction companies who transgress, and many companies are still reporting off numbers. It’s not an especially comforting picture.

Some people might assume that because it is no longer legal to consciously pay women differently from men for the same role, that the pay gap no longer exists. Unfortunately, the problem goes much deeper than is initially apparent, and the issue is deeply multi-faceted.

As a startup, it’s unlikely you’ll have to report to EHRC for quite some time (although you can do so voluntarily if you wish), but it’s much easier to start with your best foot forward then to try and fix things far along down the line. With that in mind, here are some simple, actionable tips to minimize the gender wage gap at your company. 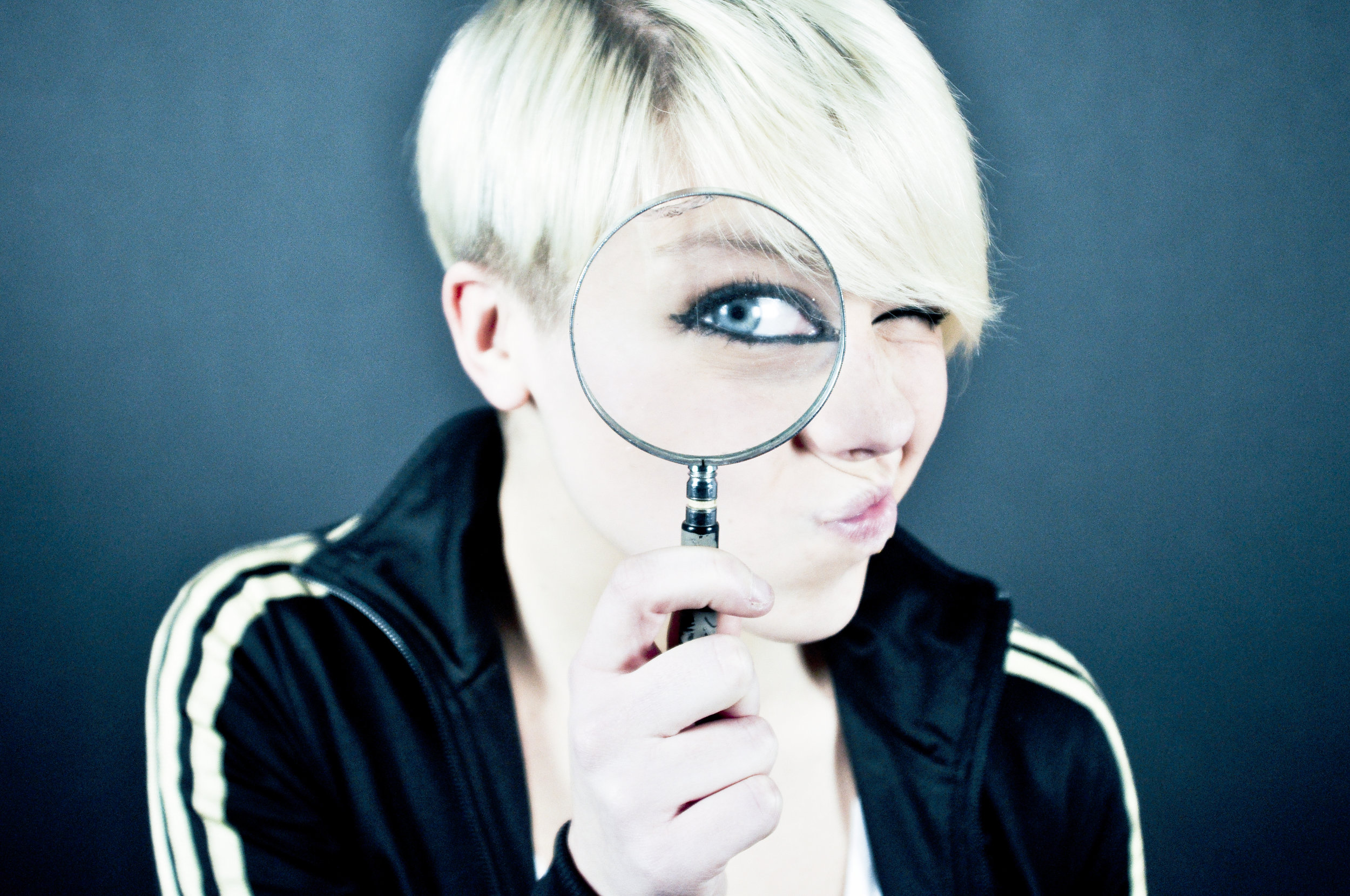 Get your data in line, and the patterns become obvious

While you don’t have to report to the EHRC until you employ over 250 people, collecting and interpreting all the data they require is a helpful tool for you to see if there is a problem and areas where you could fix it. It also means you’ll be prepared when you do have to report, and you’ll be able to send in solid data, unlike a number of companies that have still failed to adequately report data from 2017. Luckily, they publish a booklet to guide you through what to look for and how to deal with the results.

There are a lot of different areas to consider, and it can be daunting, but take it slowly and you should get an idea of your strengths and weaknesses.

Your best bet is to look at not just who you are hiring for positions and promotions, but also who is applying. That will give you a broader range as to how your methods are working. You’ll also want to consider at what point in the process people drop away. If there’s a point where the divide between male and female candidates starts to swing too hard one way or the other, then you may have identified a problem area.

You should also look at who is leaving your company and why. Is the gender split even there? Are they going to places where there is more of an opportunity for upward mobility.

Remember, the ideal is that there is no gap at all, not that it swings the other way. 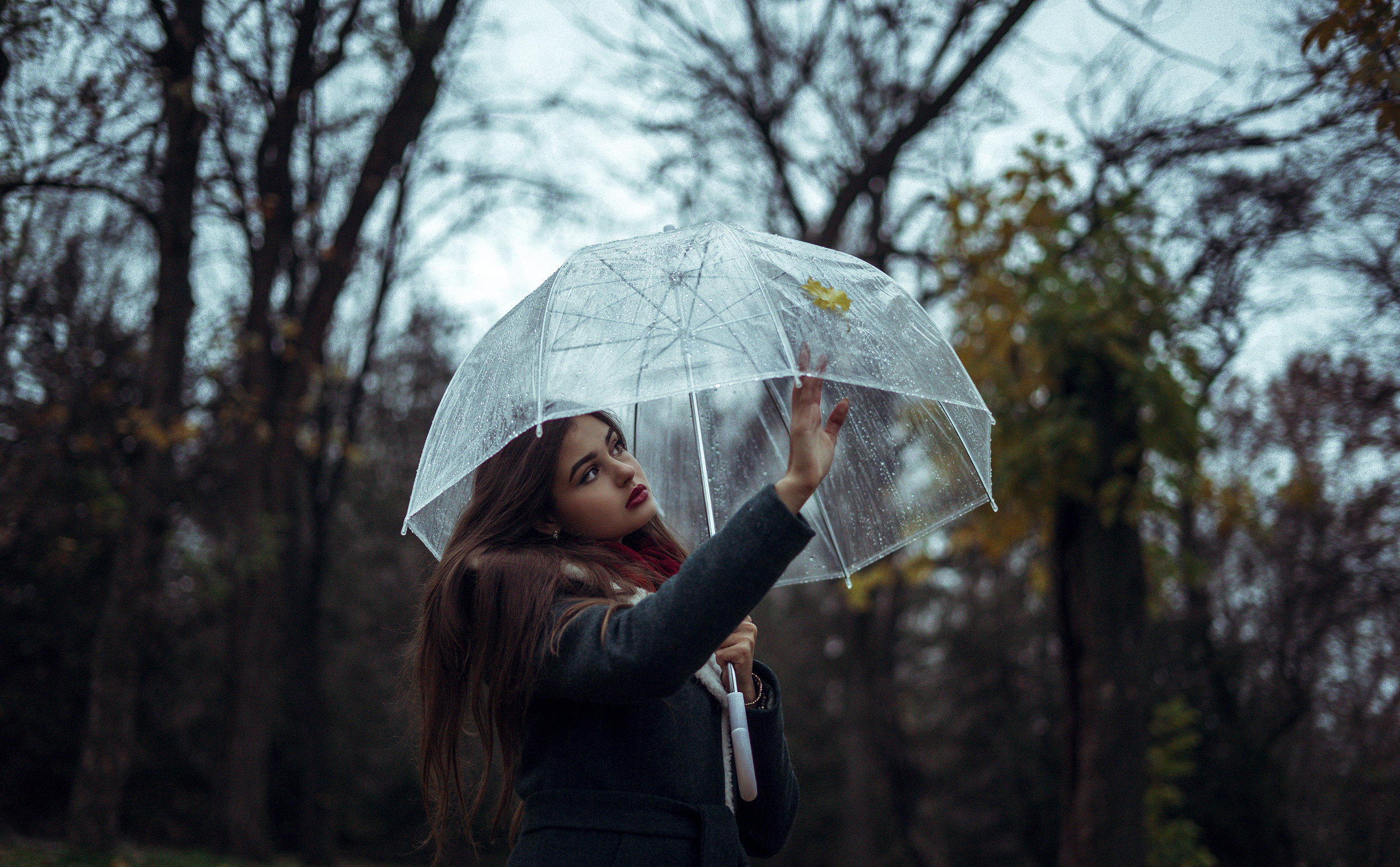 Many factors lead to women hugely undervaluing their worth.

One of the biggest factors in the pay gap is the fact that a lot of women feel uncomfortable with negotiating higher salaries, and often would rather skew lower than they are worth. This means that, when going for the same roles, male candidates tend to push harder, which results in higher pay, and thus, a gap. In some cases, women who have asked for raises have been punished and perceived as demanding. You can help minimise this fact by being more open and transparent with pay and compensation.

If a salary is negotiable, mention this fact somewhere clearly visible, and show the acceptable salary range to give candidates a frame of reference for what to expect. If everyone knows what a reasonable offer is, they’ll know how hard to push. This can help people feel more comfortable with salary negotiation.

Alternatively, don’t allow for negotiation at all. Have clearly defined roles, with appropriate wages for those roles, visible and accessible for all to see. Raises match inflation, and promotions come with a take it or leave it increase for the increase in workload. This will take more administrative effort on your part, but could save you money in the long term.

This transparency should apply to all areas of the business. If you’re looking to promote someone internally to fill in a gap, make the process visible, and make it clear exactly what you’re looking for in a candidate. When making shortlists,  make sure there is a reasonable number of women on it. If you’re struggling to have a diverse pool of candidates, think about why. Is your approach too aggressive? Do the women in your company feel supported? See what you can uncover.

You may also want to consider what your employees are doing for the level of compensation they’re getting. Emotional Labour is a documented issue in many industries, and it means that a lot of qualified women are working more than they’re being paid for, and losing out on developing their skills in their field. This, naturally, leads to women not being considered for senior roles and contributes to a structure where men are given the higher-paid positions, thus skewing the median and increasing the wage gap.

‘Flexible work should be seen as a benefit for everyone, not just women.’ 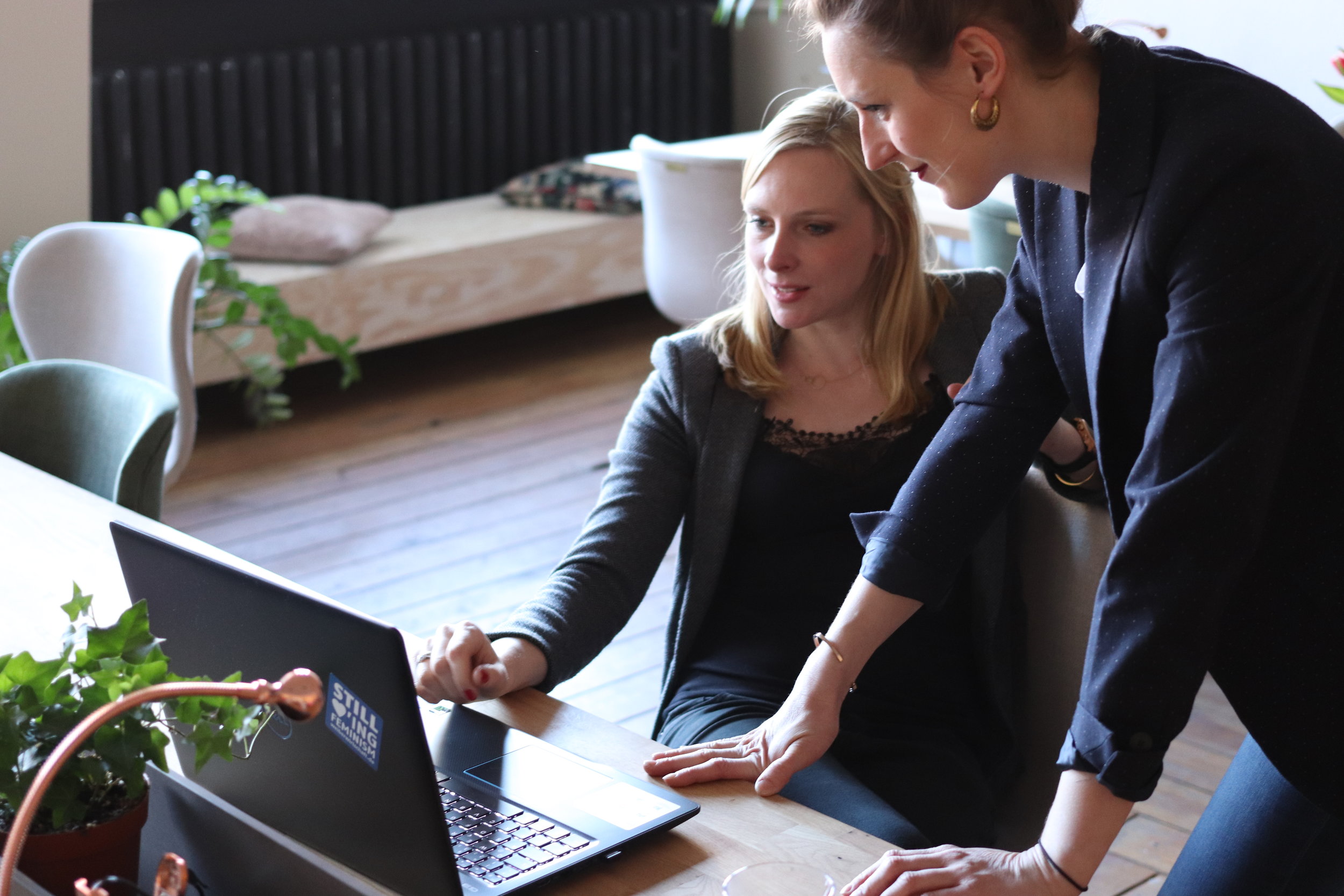 Structured Interviews have their problems, but bias isn’t one.

When attempting to attract a more diverse range of candidates, including women, we’ve talked before about how important your interview process is in ensuring this happens. Look at your job descriptions, and where you’re advertising for new hires. A welcoming and direct interview process can encourage in more women.

Establish up criteria for successful candidates, and rank responses accordingly. Always ask the same questions, to get a better, more equitable angle.

You may also want to consider less orthodox methods of evaluation, rather than relying exclusively on interviews. Skill based assessments, where the candidate performs a task that would be typically expected to do as part of their role, gives candidates the opportunity to shine on their own merits. 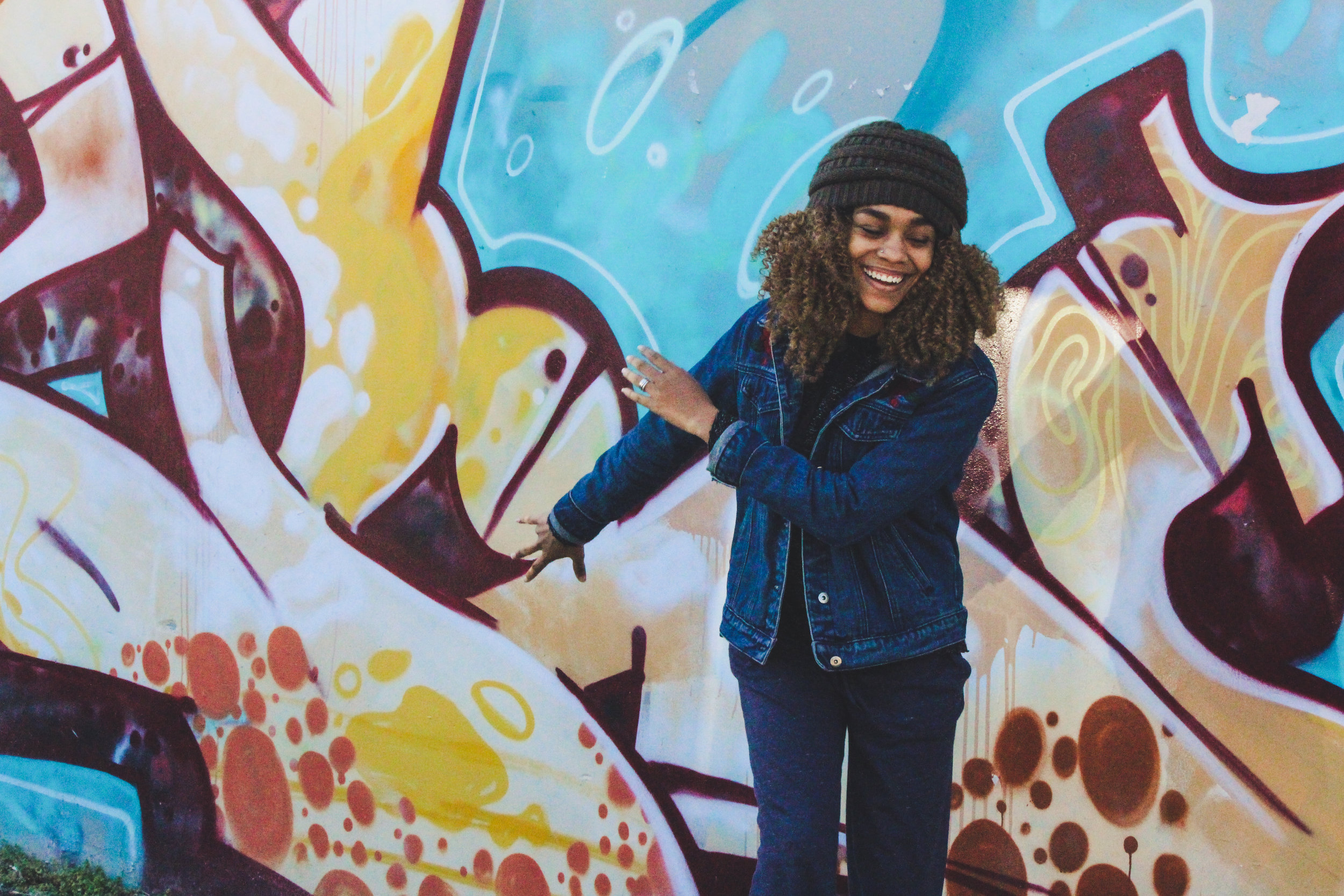 The Pay Gap is a vicious cycle, but there are ways to break it.

An argument commonly seen among people who don’t believe the pay gap is an issue says that ‘Women make life choices that result in them being paid less.’ This disregards the fact that these choices are not always choices. Women often take more time on maternity leave, or might quit their jobs outright to raise children it is said, but then that’s often because their wages are less than their partners. This results in a vicious cycle. Source.

There are a lot of options you can offer that will help in this area. The most obvious is solid maternity cover, but consider also offering paternity cover as well, and encouraging male employees to take it. This will foster a more equal culture among your employees.

Flexible working hours, childcare vouchers, remote work opportunities and compressed working hours are also valuable tools in this regard. Consider what works best for your company, what is viable, and then advertise these benefits to jobseekers and current employees. Managed well, flexible working can make your company more efficient and reduces risk of employee burnout.

Make sure that when you push this flexibility, you don’t push it as a benefit solely for women, or people with children. Encourage men to work flexibly as well so that it’s not seen as an exclusively female benefit. Management and senior team members should also advocate flexible working, and demonstrate a willingness to make use of it. Otherwise people may be reticent to try it, they may perceive it as a weakness in their professional brand, or worry that it suggests they aren’t as committed to their role as someone who pulls long hours with overtime.

The pay gap is a deep-rooted, systemic issue that will likely take years before it becomes a thing of the past. But with hard work, you can at least stand out as a company committed to doing your part to make up the difference.